El Dorado A Truly Unique Place To Visit…
El Dorado and the Woolshed Valley region. El Dorado is one of the last remaining authentic country towns in Australia and in recent times has attracted people seeking a quiet, country environment and lifestyle within a short distance to larger towns.
Connect with us on Facebook
FOLLOW US ON FACEBOOK
El Dorado Then…
Nestled on the banks of Reedy Creek, downstream from the historic town of Beechworth and at the end of the Woolshed Valley, El Dorado is a natural amphitheatre housing an abundance of flora and fauna which opens to the vast flat farmlands that were once swamps and wetlands. 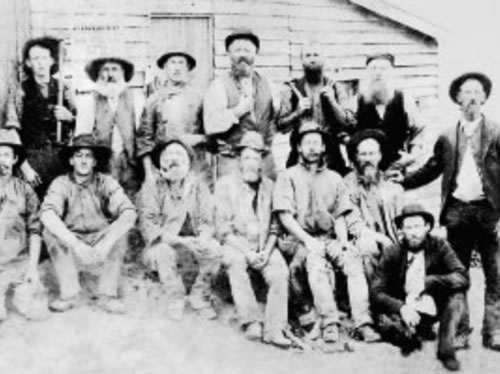 A short distance west is the Rural City of Wangaratta, to the south the renown Milawa Gourmet Region and to the north the famous wine region of Rutherglen.

Mines scattered with remnants of a bygone era, El Dorado is one of the last remaining authentic country towns in Australia

Although little of the original architecture remains, miners’ cottages, churches, public buildings, almond orchards, ancient fig trees and mining relics are a reminder of the town’s bustling past.

Here, Baker had found his utopia – his ‘pot of gold’ – and the means to a rich life. Little did he know that hidden beyond the boundary of his property lay vast wealth with several floors of alluvial gold and tin and that the miners to come would adopt the name El Dorado for the town.

While here, visit El Dorado Pottery, the Museum (formerly the school), and El Dorado’s three historic churches. The immense gold and tin mining dredge floats at its resting place on the edge of town and is well worth a visit.

El Dorado area offers a variety of accommodation styles ranging from creekside or bush camping on Reedy Creek camping spots, or at Centennial Park and local B&B’s. The general store has amenities such as petrol, a post office, and bank, and the McEvoy Tavern provides meals and refreshments.  Showers and toilets, as well as a BBQ, are available at the local Gunhouse park

El Dorado is popular with day trippers, horse riding, and mountain biking groups as well as many cyclists who detour from the world-famous Murray to Mountains Rail Trail. Artists and gemstone fossickers have known and visited the area for many years.